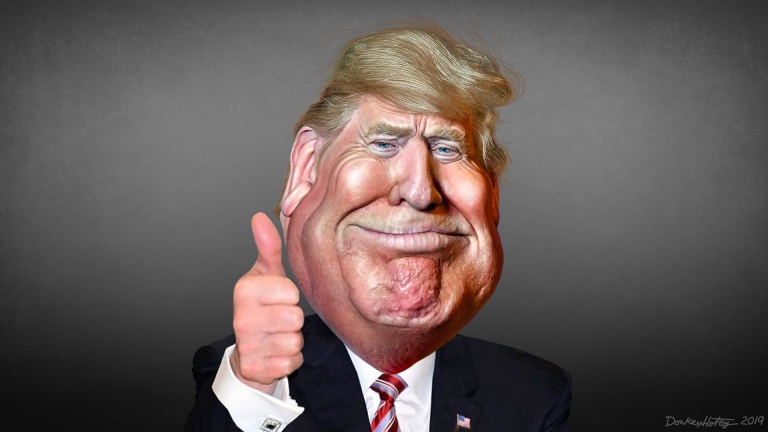 Let’s begin with the truth. The Mueller report did not offer forensic evidence that Trump and his campaign staff colluded with Russia to win the 2016 election, but there is a preponderance of circumstantial evidence. Nearly every top aid and family member, including Donny Jr., Ivanka, and son-in-law, Jared Kushner met with Russian agents throughout 2015 and 2016. Kushner went so far as attempting to create a ‘back communications channel’ between Vladimir Putin and Trump in the Seychelles Islands.

Trump got away with treason, and when he saw an opportunity to repeat his crime, he believed he was above the law and thought he could repeat his violations of America’s election laws.

When he sought “dirt” on Joe Biden and his son from Ukraine President Zelensky, he became guilty of an abuse of presidential power. Subsequent actions can be called ‘obstruction of justice.’ All of these are impeachable offenses.

On Wednesday, the deposition of top Ukraine diplomat, Bill Taylor was released to the American people. Taylor believed that efforts by Trump’s personal attorney, Rudy Giuliani, were so abhorrent that Zelensky would reject them although it might mean a loss of aid from the United States.

“If President Zelensky, in order to get that meeting (with Trump), were going to have to intervene in U.S. domestic policy or politics … by announcing an investigation on that would benefit someone in the United States, then it’s not — it wasn’t clear to me that that would be worth it,” he said.

This is sufficient evidence to impeach the worst president in American history. Every minute of every day Trump has been allowed to claim the title of President of the United States has been a travesty. Our nation finally achieved its greatest embarrassment.

Please tell everyone about my blog; the truth lives here. I continue to boycott Facebook. Thank you.