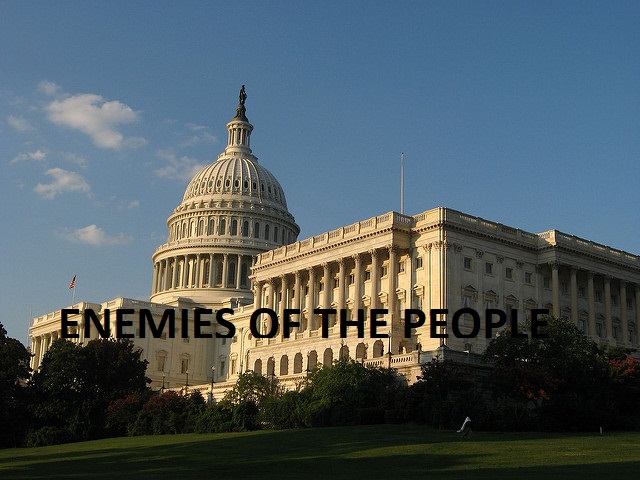 I was 10 years old in 1956. I watched everything that was televised related to Dwight Eisenhower’s convention. I trace my interest in politics to today to those early years.

Other political events in my younger days include the assassination of President John Kennedy, a speech by Ronald Reagan when he was running for the Governor of California where I was employed, and ‘Watergate,’ which forced the resignation of Richard Nixon.

On November 22, 1963 I was a senior in high school. For most of us President Kennedy was a hero. He was young, intelligent, and his past was filled with tales of courage and determination. Tears were shed for three straight days.

I was employed at Hughes Aircraft in 1966. Not yet 21 years of age, I would not be able to vote in the election that fall, but I listened to Ronald Reagan speak during our lunch break. He was elected as California’s governor. In 1980 I voted for Mr. Reagan. However, his policies began to disappoint me in 1984 and my vote went to an independent candidate.

As the evidence was presented during Richard Nixon’s impeachment hearings in 1974 it was clear that our president was indeed ‘a crook.’ Rather than suffer through the process, Nixon resigned and saved our nation the embarrassment of completing the impeachment process and a trial in the senate.

I think of these and other events throughout my life in the mostly ugly world of politics. It’s not pretty and sometimes frustrating, but the American people have a right to know the truth.

In 2000 I cringed as the Supreme Court gave the presidency to George W. Bush in the most revolting election in my lifetime; until 2016. Al Gore won the popular vote, but Bush received the Electoral College when the SCOTUS halted the recount in Florida. This began a severe change in the Republican Party. They believed they were above the law, and they chose to move even further to the right under the control of lobbyists.

I am writing this on February 3, 2020. The events of the last several weeks revealed a sad and frightening fact; the Republican Party of Lincoln, Teddy Roosevelt, Eisenhower, and Reagan no longer exists.

During the impeachment hearings Jim Jordan, Devin Nunes, and other Republican Representatives screamed at the witnesses in support of their guilty president. They did everything in their power to disrupt the process but in the end Donald John Trump became only our third president to be impeached, and the impeachment papers were forwarded to the senate for his trial. This began the end of democracy in our nation’s government, and told Trump that he was indeed an autocrat; a fascist; and above the Law of the Land; the Constitution of the United States of America.

When John Kennedy was in the senate, he wrote a memorable book titled “Profiles in Courage.” The book told the stories of eight senators. Each was a tale of bravery, courage, and integrity by men who served our country and respected their oaths of office when they promised to “preserve, protect, and defend the Constitution of the United States of America.”

As the senate prepares to vote in two days whether or not  DJT will be removed from office, I am ashamed to be an American.

The trial was a sham. Republican senators refused to allow a single witness to testify. Hiding the facts; the truth; is proof that Trump is guilty and should be evicted from the White House. An innocent man is never afraid of the truth.

If I were to write a book about the senate’s refusal to do their job; the job for which they were elected; I would title it “Profiles in Cowardice.”

I do not believe in political parties. Our nation would be better served if every voter was an Independent. Independents vote for the best candidates, not for a party. We choose the woman or man whose policies are closest to our own regardless of party affiliation.

Today’s federal government is dysfunctional for a single reason; today’s Republican Party in name only is the party of special interests and refuses to serve all Americans. The Trump Party serves their fuhrer and together they vote for issues supported by the men and women who vote for them and no one else. Our nation appears to be permanently divided.

A vote for a Republican is a vote against the needs and wishes of yourself and those you love.

My eight novels are now available on Amazon; CLICK HERE; the Kindle app is a free download