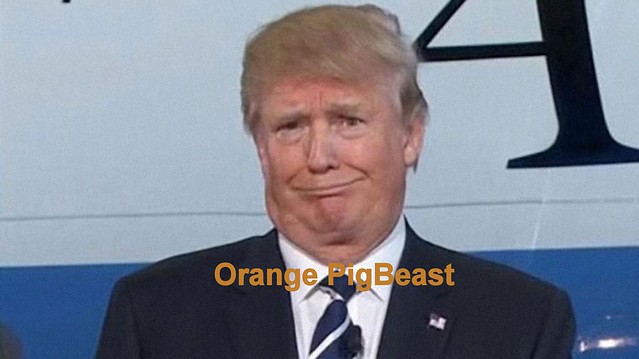 Trump’s personal spending, combined with his unwise tax cuts for the rich and disastrous reduction in the corporate tax rate have broken the United States Treasury. Economic experts forecast a minimum of one-trillion dollars added to the national debt each year until at least 2025. Trump is trying to cover-up his biggest mistakes by escalating his war on the poor and low-income Americans; 50 percent of our nation’s people.

When Fox News host Martha MacCallum suggested that if “you don’t cut something in entitlements, you will never really deal with the debt,” Trump jumped in right away.

“Oh, we’ll be cutting,” he said to an audience in Scranton. “We’re also going to have growth like you’ve never seen before.”

Your ‘know-nothing’ president said this as the stock market is crashing and every industry involving gatherings of large numbers of people are experiencing a decline in their revenue.

Here’s where I offer a little “economics for dummies” to your mentally incompetent and illegitimate president. You cannot allow large corporations to continue making ridiculous profits and not pay a dollar in taxes. Even an eight-year-old child understands than you need money to make money if you want to build a ‘lemonade stand.’

Trump has placed the responsibility for our nation’s income on a diminishing group of middle-class Americans.

The maximum tax rate for individuals in 2020 is 37 percent. However, with the many exemptions which still apply to this group, few will pay more than five percent of their gross. Last year, 2019, two major corporations paid zero dollars in taxes; Wal Mart and Amazon.

Trump’s solution: take money away from Americans who need it most.

In 1981 Ronald Reagan implemented a fiscal policy he called “supply side economics.” It became known by its more accurate description, “trickle-down economics.” His misguided claim was that the wealthy would create more jobs if they had greater profits. So very wrong. When Reagan left office in 1989, the unemployment percentage was over 10 percent and our nation was one-trillion dollars in debt.

Bush 41, Bush 43, and now Trump adopted the same idea, and the recovering economy Trump inherited from President Obama is beginning to move toward a second recession in the last 12 years.

Bank of America offered a list of reasons why a recession is becoming a reality.

I doubt that the last ‘sign’ is based on reality. This is merely another fear tactic by the super-rich to keep a plutocrat in the White House.

If they weren’t such hypocrites, I would be laughing at the fake conservatives in the House. Jim Jordan and others screamed at President Obama for his “spending” for eight years. All of the money the Obama administration spent was to save the economy. His predecessor wasted trillions of dollars on two unwinnable wars, and his policy of trickle-down economics and no restrictions on Wall Street caused the Great Recession.

Finally, someone in the Republican Party must force an end to Trump’s outrageous use of the National Treasury as his personal bank. He and his Klan have cost American taxpayers more than 16 million dollar each month. Currently that figure has reached 592 million dollars over 37 months. Trump thinks he’s a king and all of our nation’s finances belong to him personally.

Someone must walk into the Oval Office and say to DJT: “You’re Fired.”

My eight novels, including “A Brother’s Revenge,” are exclusively available on Amazon; CLICK HERE; the Kindle app is a free download