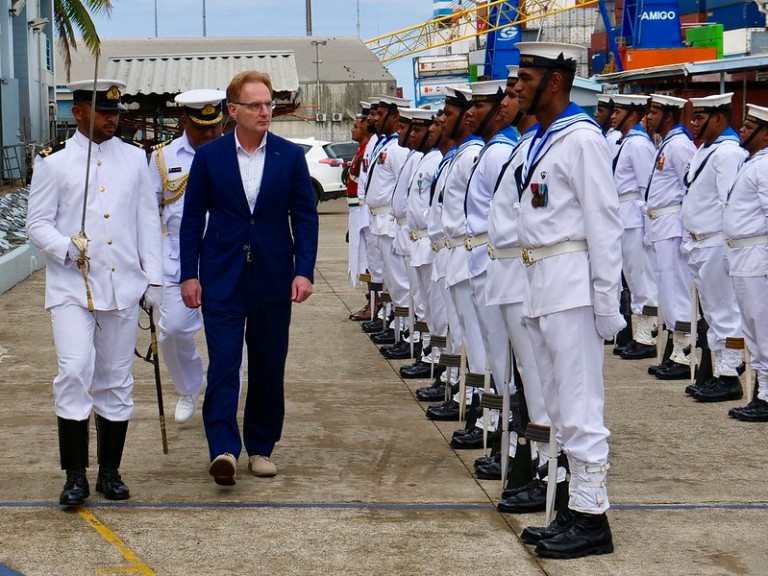 Trump’s vile and hateful speech may have ended any hope of making the United States of America a gentler and kinder nation again. His propaganda machine, Fox Noise, and his circle of sinners lie and encourage an age of stupidity not seen before in America.

Today the United States Navy is without leadership. Acting Navy Secretary Thomas Modly has resigned after verbally assaulting the crew of the Theodore Roosevelt Aircraft Carrier. Modly had just fired Capt. Brett Crozier for blasting an email to Navy personnel asking for aid as the carrier was forced to dock in Guam, coronavirus running rampant through the ship’s decks.

What an outrage! A ship’s captain was asking for help for Navy personnel in danger of losing their lives from the pandemic. Modly is obviously a big Trump fan. His arrogance and lack of concern for others mimics the orange buffoon’s own actions, or should I say inaction?

The truth is, this is not a time to leave any part of our nation’s government or our military without competent and effective leadership. We must thank the governors of many states who took action to protect their citizens. Trump waited two months to offer anything but hot air.

Trump is too busy wasting his time on television, watching Fox Noise, and tweeting attacks against his many critics to fill the vacancy created by Modly’s resignation. Apparently he believes it’s someone else’s job.

Can you say, worst president in history?

My eight novels, including “DOING THE RIGHT THING FOR GOD AND COUNTRY,” are exclusively available on Amazon; click HERE; the Kindle app is a free download