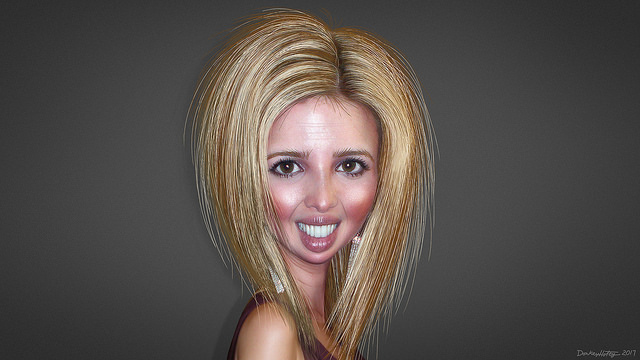 It occurred to me the other day that if this debacle which is the Donald John Trump illegitimate presidency had been written for television, I wonder if it would be a disaster movie or a sitcom? Over the last three years the world has learned that not a single member of the Trump Klan has accomplished anything of importance in their lives without the aid of someone else. They are worthless to humanity.

The patriarch of this family of losers brags constantly about things he has never done. His illegitimate presidency is a tale of living the life of a true billionaire at taxpayer expense. Without bailouts from foreign nations, he would be penniless.

His two sons, Donny Jr. and Eric are known for only one thing: murdering endangered animals for fun. They occasionally appear on Fox Noise to embarrass themselves with lies that are ridiculously obvious.

We know nothing about Tiffany: Trump pretends that she does not exist.

And then there’s his ‘girlfriend,’ Ivanka. DJT’s statements about her  frequently ‘raise eyebrows.’ His most common descriptions of her greatly overstate her “talents.” She has done nothing and is unqualified for her position in the White House as are the other members of this failed administration. Therefore, it should be no surprise that the orange buffoon brags about things she has never done.

Ivanka has apparently been working overtime in recent months: During a White House event last November, Trump claimed that his daughter has “gotten jobs for” 14 million people. So, if one takes Trump’s statements at face value, she created a million jobs in just the past six months.

The truth: Ivanka sits in meetings with men and women who offer additional training to employees. She us unqualified for anything work-related. Like her father, Ivanka has never “worked” a day in her life. She and her husband, Jared Kushner, are nothing more than New York socialites.

Recently Trump handed over the responsibility of fighting the coronavirus pandemic to Kushner. He has now charged Ivanka with rebuilding an economy he has been destroying for the last three years with gifts to the super-rich and corporations.

The truth is that the coronavirus has once and for all offered irrefutable proof that DJT has no idea what he’s doing. He has refused to learn how to perform his duties for more than three years. Truth be told, he hasn’t had the time to learn what the responsibilities of a president might be. Golf, partying at Mar-a-Lago, holding hate rallies, and watching cable television require his full attention.

While writing this, I remain unable to decide if a television show about the Trump Klan would be a disaster movie or a sitcom series. I am leaning towards an alternative; a horror movie, especially if you think of Ivanka. She appears to be kinder and gentler than her angry father, but at any moment she could morph into her daddy and rip off the heads of journalists who ask the tough questions.

We deserve better, and that would require very little from our next president. As it was with Republicans in 2016, the “anybody but Trump” club must be revived.

My eight novels, including, “Sheena, Queen of the Streets,” are exclusively available on Amazon, click HERE; the Kindle app is a free download