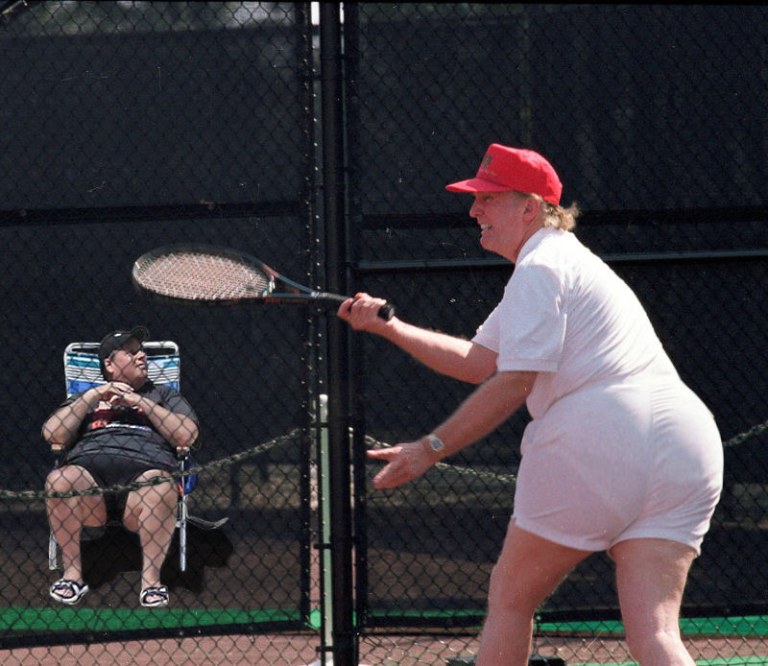 Most Americans laughed when Trump had his physical in 2017 and a fake doctor claimed that Trump weighed in at 239 pounds. It was obvious that his huge derriere weighed at least half of that number. Either way, we learned early in 2017 that Trump was woefully unqualified to lead a nation of 330 million people, and everything about him was a façade.

The realistic estimate of is weight is approximately 290 pounds of fast food and chocolate cake. The truth is that Trump is America’s 290-pound lie. His election was rigged, he is woefully unqualified to be the president, and he has failed the American people for the last 39 months.

Trump and the Trump News Network, misnamed “Fox News,” touted the use of a malaria drug, hydroxychloroquine, as a treatment for the coronavirus. Although medical experts informed the ignorant that long-term testing would be required, and the side effects could be more serious than the virus, your know-nothing illegitimate president and his stooges at Fox claimed that it was the ‘perfect solution’ to the pandemic.

Whenever Trump’s lips or thumbs are moving, he is lying, and this is another situation related to that fact. AP reported the following statistics.

“About 28% who were given hydroxychloroquine plus usual care died, versus 11% of those getting routine care alone. About 22% of those getting the drug plus azithromycin died too, but the difference between that group and usual care was not considered large enough to rule out other factors that could have affected survival.”

Hydroxychloroquine made no difference in the need for a breathing machine, either.

In Washington today, the inmates are running the asylum, and Trump is the fake-doctor in charge.

Trump has been lying to the American people since June of 2015. Actually, he has been creating conspiracy theories for his entire life. He suffers from malignant narcissism and will say or do anything to remain in front of a television camera.

America has a mentally incompetent man who is pretending to be our nation’s president.

My novels are available on Amazon’s Kindle