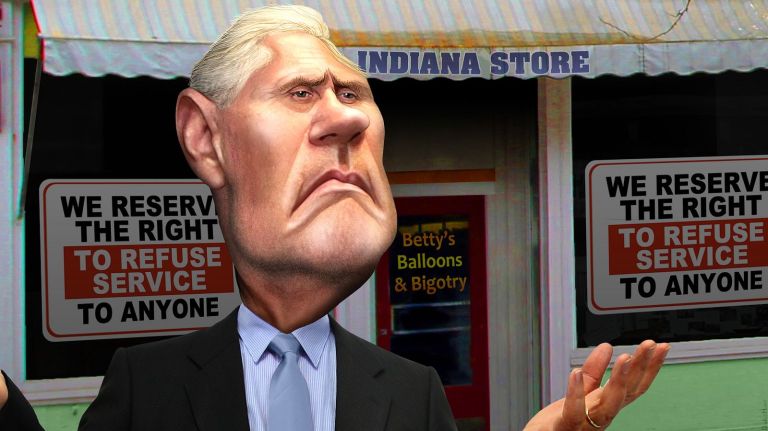 Mike Pence is one of the ‘whitest people in America.’ He is completely out of touch with the black community. He is also a fake-Christian. Although he claims to be a devout follower of Jesus Christ, he ignores the teachings of the Son of God in the New Testament. He is bigoted, judgmental, and his belief in “conversion therapy” is dictatorial and a demonstration of prideful arrogance. And we must not forget that he supports the most immoral man in America who constantly lies to the people he is intended to serve.

Recently, an African American bishop asked Mike Pence a simple question: How can you personally reunite a racially splintered nation? His answer is upsetting for how much ignorance your illegitimate vice-president chooses to possess: or is he simply ignoring the truth?

Pence said he would orient the country toward God and away from “voices of division” demanding transformational change — or, in his words, talking “too much” about systemic racism. “The faith community, I believe, has before and can again pay an enormously important role in healing the divide in our country,” Pence said to the clergy and congregants seated around him. What doesn’t help, he volunteered, is “this talk of institutional bias, or racism, within law enforcement.” Really?

Is he not listening to the growing protests across America and around the world? What ‘Amerika’ is he living in?

“It’s a challenging time to be in law enforcement, but I would tell you that Donald Trump and I know and believe that the men and women of law enforcement — our white officers, our African American officers, our Hispanic, Latino and Asian officers — they’re the best of us and we ought to set aside this talk … about institutional racism and institutional bias,” Pence advised.

In other words, Pence is saying that America should do what Trump did when he learned about a coming health crisis: “ignore it and it will go away.”

I am not willing to accept fascism in America. Trump and Pence are not Americans, they are would-be autocrats who refuse to listen to the American people. They serve a very small percentage of our nation’s citizens who are like-minded racists and bigots.

We know the attitudes of our nation’s failed leadership; let’s do something about it. Your vote can change the backwards direction of our nation, and November 3rd is coming soon.