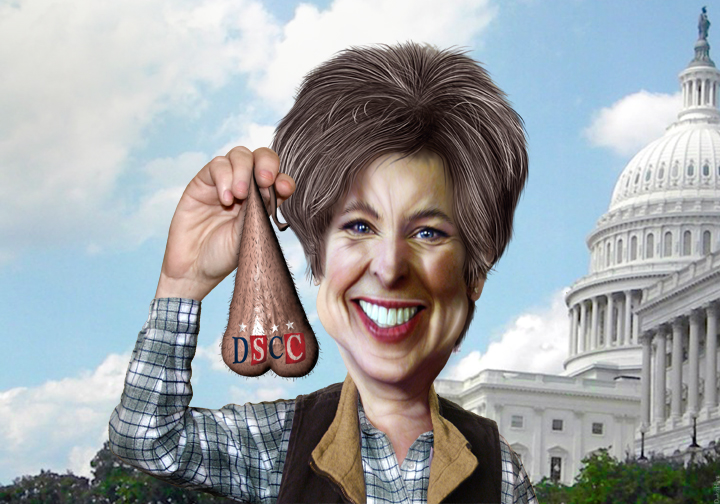 There are several highly contested Senate seats in November. Three Republicans who are up for reelection have harmed their states and their nation for far too long, and voting them out of office would help save America, and go a long way to returning control of the Senate to Democrats and Independents.

First is Joni Ernst, of Iowa. Ernst is a staunch Trump supporter. She has voted against every bill which would benefit women throughout her term in the senate. Ernst Currently trails Democratic challenger Theresa Greenfield by three points in what will remain a closely contested race until election day.

Polls reveal that this red state appears to be turning purple.

Lindsey Graham was a member of the “anybody but Trump club” prior to the 2016 election.

“He took our problems in 2012 with Hispanics and made them far worse by espousing forced deportation,” Graham said. “Looking back, we should have basically kicked him out of the party.”

Everything about Trump’s private and public life concerned the Senator from South Carolina.

“This is not about who we nominate anymore as Republicans as much as it’s who we are. This is a fight for the heart and soul of the Republican Party,” Graham said. “What is conservatism? If it’s Donald Trump carrying the conservative banner I think not only do we lose the election, but we’ll be unable in the future to grow the conservative cause.”

Graham had a sizable lead over Democrat Jaime Harrison early in the year, the gap is narrowing slowly.

“We see a clear path despite who wins the presidential contest in South Carolina,” said Harrison campaign manager Zack Carroll, “because voters see that Lindsey Graham has changed and is clearly putting political games over the needs of South Carolina.”

Today Graham is one of Trump’s most loyal stooges. He is one of several Republicans who guaranteed an acquittal for Trump before the sham impeachment trial began. He appears not to be concerned that he was correct, Republicans have allowed Trump to destroy the very ‘heart and soul’ of the once Grand Old Party. The truth is that MItt Romney is the only true Republican remaining. We have far too many hypocrites on the right side of the aisle.

Finally, I saved the worst of all for last. Moscow Mitch McConnell has been in the Senate for nearly 36 years. During that “too long” of a period of time there is no record of a single positive accomplishment for the people of Kentucky or the United States. To the contrary, he created the “party of no” after President Obama’s election. Moscow Mitch is the primary reason our government is dysfunctional today.

Moscow Mitch is in a tie with Democrat Amy McGrath in the “Blue Grass State.”

He is the man who refused to allow witnesses or new evidence at Trump’s impeachment trial, guaranteeing that his fuhrer would not receive a fair trial. More importantly, more than 350 bills are gathering dust on his Senate desk which were passed by the House since January of 2017. He refuses to allow a vote on any of them, although included in the bills are measures which would aid Americans most in need, help our military and their families who are returning from war zones, and legislation which would aid states in the prevention interference in our elections: hence the nickname “Moscow Mitch.” He’s earned it.

We need and deserve women and men who will serve all Americans, not special interests exclusively, and definitely not the worst illegitimate president in history.