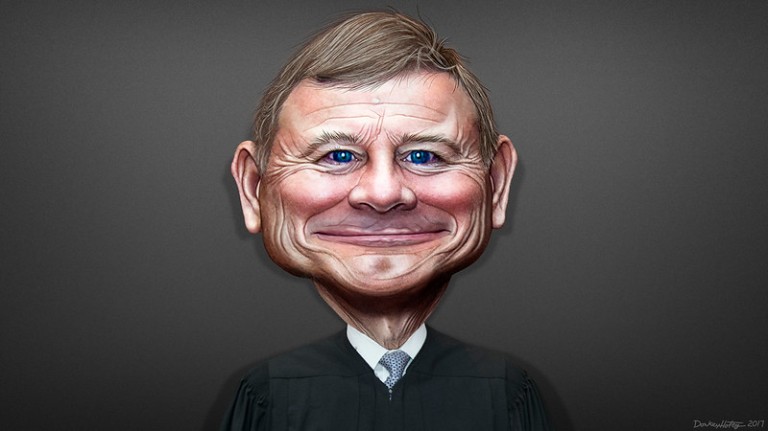 In two recent cases Chief Justice of the Supreme Court voted to protect LGBTQ rights in the workplace, and the right of a woman to have an abortion. Roberts was nominated in 2005 by Republican George W. Bush.

The Supreme Court has one job and one job only: to ensure that all rules, executive orders, and laws do not violate the Constitution. Over the last week, Chief Justice Roberts ignored right-wing extremists and upheld the rights of two groups of Americans who are frequently treated as less than equal

I am not a lawyer, far from it, but for me logic says that it is unfair and unconstitutional to prevent the LGBTQ community from receiving equal treatment under the law. Only one thing makes them different from heterosexuals; the person they love shares the same sex. They are no better and no worse than anyone else. Prejudice in all its forms is pure ignorance.

Yesterday Roberts joined the four left-leaning Justices struck down a Louisiana law which would have limited abortions. The truth; if the Christian religious right was not involved in the discussion, it would not be an issue. Religion has no place in politics.

The Constitution guarantees certain rights to every man and woman. One of the most important rights is control over you own mental and physical health. Equal rights have never been protected for women in America. Men have always considered themselves better than the women in their lives. The old, white men in Washington continue to believe that they have the right to control the health of women; but are they truly incompetent? Hell no.

It was an enormous step forward when Justice Roberts stood for women’s rights.

When Trump is replaced by an American president, our country will move forward into the 21st century. We may once again be on a path to becoming a ‘great nation.’